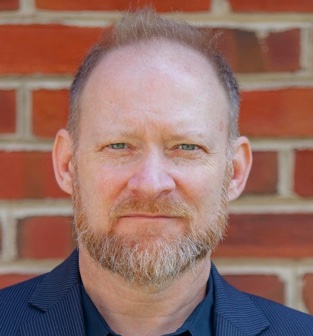 Bill J. Adams, D.M.A., is a Professor and Program Director of the Music and Theatre Programs in the Department of Communication, Media, and the Arts at Nova Southeastern University's Halmos College of Arts and Sciences. He is a Certified Master Trainer of Estill which is a speech language pathology-based voice pedagogy integral to more than 800 voice instructors in 33 countries worldwide. As a Certified Master Teacher of Acting and Singing with Archetypes, Dr. Adams exposes students to ground-breaking performance training and influential theatre educators from Wales to Washington State. Tasked with exploring effective delivery of academic theatre programs at the national level, he is the Vice Chair of Southeastern Theatre Conference’s (SETC) College & University Division. Dr. Adams spearheaded the development of THEA 2500 Healthcare Theatre and team-teaches the course with Melissa Morris, Patel College of Healthcare Sciences’ Director of Simulation. For this inter-professional innovation, ongoing efforts to promote student success, and outstanding service, Dr. Adams was honored as the College’s Distinguished Professor in 2019.

Since 2013, Dr. Adams has served on grant panels for the Broward Cultural Division recommending $4,424,480 to support community artists, and in 2018, he served as Principal Investigator for the creation of Facing Forward, a health awareness docu-drama funded by the Florida Breast Cancer Foundation ($43,899). The project exposed hundreds of students to important health information, and a panel discussion, “Health Awareness: Grant-Funded Theatre Devised to Educate Audiences” was presented, with Mark Duncan, at SETC in Knoxville.

Dr. Adams has also been the Artistic Director of the Renaissance City Men’s and Women’s Choirs in Pittsburgh as well as South Florida Chorale Arts, Inc. Under his leadership, both award-winning community choruses commissioned and premiered major works such as Mementos of Millay by James Mulholland, Eight Candles by Bruce Lazarus, and an arrangement of Melissa Etheridge’s “Tuesday Morning” which was performed as a tribute to American hero Mark Bingham at the United Flight 93, 9-11 crash site in Shanksville, Pennsylvania.

Specializing in the effective synthesis of acting and singing technique, Dr. Adams’ performance resume is character driven. While living in New York, he premiered the role of Ariel in The Rape of the Lock and performed Vašek in The Bartered Bride with the Bronx Opera Company. Other notable roles include Ciccio in Most Happy Fella with William Michals and Jessica Hershberg at Palm Beach Dramaworks, Loutzenheiser the mad trapper in Cannibal: the Musical with the Promethean Theatre, Mike in William Bolcom’s A View from the Bridge with Opera Theatre of Pittsburg, the Mayor in Albert Herring with Orlando Opera Company, and Zangara in Sondheim’s Assassins with Orlando Civic Theatre.