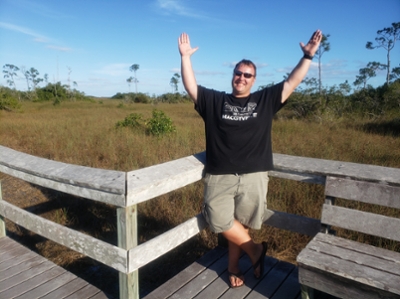 Born and raised in Michigan, Derek spent a lot of his childhood exploring the woods and spending time on the water (though slightly less salty than he deals with now!).  He received his Bachelor’s degree from Albion College in 2004, and during that time was first introduced to the amazing world of marine research. Starting his work with sharks as a research scientist at Mote Marine Lab in the Florida Keys, Derek quickly expanded his research to include everything from sharks to sea turtles and even seagrass communities during his Ph.D. program at Florida International University, where he focused on the top-down control on seagrass communities.

At Nova Southeastern University, Derek is fortunate to work as the principal investigator for the Broward County Sea Turtle Conservation Program, and a Research Scientist with the Guy Harvey Research Institute and Save Our Seas Shark Center. With the addition of the MEEC, Derek looks forward to working even more closely with students and the community to expand our understanding of sea turtles and our coastal marine ecosystems.

Get To Know Derek

I would have the ability to clone myself so that I'm able to take on all of my responsibilities while still having time to do all of the fun things I want in life.

I would travel to the 7 natural wonders of the world and then buy a 4WD vehicle and drive all of Australia.

I would go back in time to join Charles Darwin as he landed on and explored the Galapagos Islands. 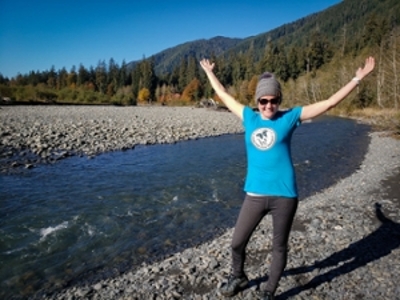 Kelly grew up in Michigan with a love for all animals and nature. After an internship working with sea turtles, she was hooked. After graduating from Michigan State University and completing an internship with leatherbacks in southeast Florida, she took a job in animal care at the Clearwater Marine Aquarium and then at Mote Marine Lab. She cared for captive loggerhead, green, hawksbill, and Kemp’s ridley sea turtles. While working at Mote, she completed her Master’s in Marine Science at the University of South Florida while studying the auditory and cognitive abilities of captive sea turtles. She then moved back to the east coast where she conducted nesting surveys, leatherback tagging and tracking, and lighting compliance surveys in Palm Beach County for ten years. She is currently the president of Florida Leatherbacks Inc., a nonprofit that conducts leatherback sea turtle research in Martin County. When not spending her time with turtles she loves to play with her rescue dog, Gypsy, travel, camp, hike, and volunteer with the dogs at her local animal shelter.

Get To Know Kelly

I would be able to teleport so that I could instantly travel anywhere in the world because my dream is to be able to see every single place on the planet (and it would eliminate my 1.5 hour commute to work!).

I would take my parents, sister, brother-in-law, nephew and nieces on a family vacation and then travel to all of the world's most incredible natural places. I would start with Finland to see the northern lights, an African Safari, and Raja Ampat, Indonesia.

I would travel back to the late cretaceous period to see the world during the time of the dinosaurs but particularly to see Archelon, the biggest sea turtle to ever exist (15' long and 13' wide!). 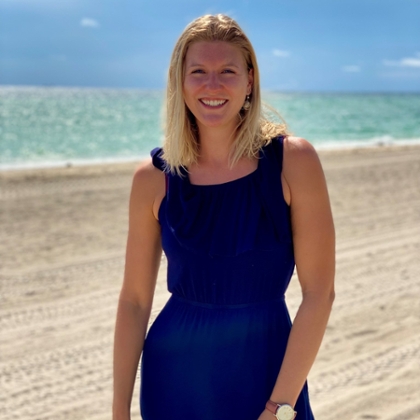 Gretchen grew up in central Maine, and from her earliest days has always considered the water her “happy place.” Growing up on a lake led her to exploring and learning about creatures that lived near or in the water, and once she figured out that there was a career where you could do just that, but in the ocean, she was hooked! Gretchen graduated from the University of Maine, receiving her bachelors in Marine Science, with a concentration in Biology and a Fisheries minor. She worked in university admissions and as an elementary school EdTech for some time, which is where she realized her true passion for educating the public on science related topics and issues. Gretchen is currently working on her Masters of Science at NOVA Southeastern University, where she is researching the biogeochemistry of mangroves. She is also working on a citizen science project that would help tie her research to her love of public outreach and education. In her spare time, Gretchen loves to read, sing, bake/cook, and spend time at the lake or on the beach. Gretchen hopes to enter the marine policy world after graduating, where she wants to help make science a communicable topic for everyone. Working at the MEEC is the first step in that goal, and Gretchen is excited to help educate anyone who walks through the doors about the ocean.

Get To Know Gretchen

I would have the ability breathe underwater, so I could swim for as long as I wanted with any marine creature.

I would travel around the world with my family.

I would go to the past and enjoy the courts of Henry VIII and Elizabeth I. Oh the gowns I would wear… 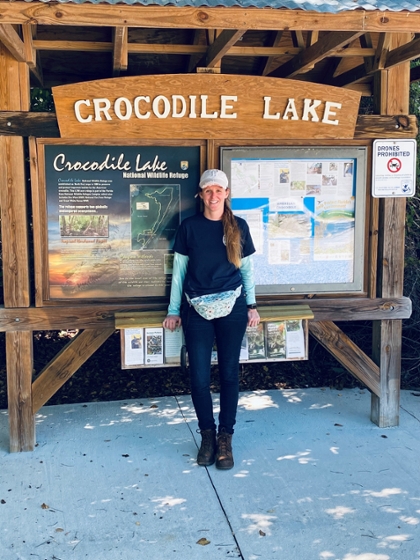 Samantha was born on the Illinois side of Saint Louis. She spent hours every day exploring her family’s farm and cultured a love of caring for animals.  She moved to Florida very young and her fondness for marine animals grew with each trip to the beach.  Her interest in the ocean led her to complete her Bachelors degree in Marine Biology at Florida International University.  During her time as an undergrad, she interned for several laboratories, including the Marine Macroalgae lab, Tropical Fish Ecology lab, as well as U.S. Fish and Wildlife in Key Largos Crocodile Lake National Wildlife Refuge.  While attending school Samantha also taught school to Elementary students in South Florida as an Elementary Associate and Substitute Teacher.  Here she was able to share her passion of marine conservation and inspire the next generation of students to protect the environment.  Samantha is progressing in her education journey as a Master’s of Science student at Nova Southeastern University in Marine Sciences, while simultaneously continuing her passion to educate others as a Marine Education Specialist and Volunteer Coordinator here at the MEEC.

Get To Know Sam

Time Travel!  I would love to experience living in the “Wild West” or during Victorian ages, but also want to experience new technological advances in years to come.

If I had a million dollars, I would have to use some to travel abroad to see the castles of Europe!  I would then have to invest the rest!

I would love to travel into the future and hope there would be great advances in space travel!  Where will we be in 100 years? 1000 years?